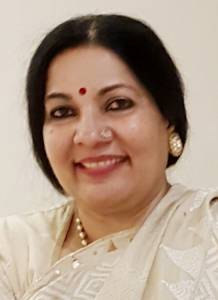 Prof. Sunaina Singh is among the most prominent leaders in higher education in the South Asian region. She is presently the Vice-Chancellor of Nalanda University, a globally acclaimed historical university with the Ministry of External Affairs, GOI. Prof. Singh is engaged with the naissance task of rebuilding the renowned ancient Nalanda University. The honour of re-establishing this International institution of ‘National Importance’ has been entrusted to her largely because of her widely acknowledged inventive and sterling leadership. The Oxford Union has recently conferred the Honorary Professorship in 2020, in recognition of her contribution in promoting Indian higher education and culture; the citation also acknowledges her leadership in re-building the historic Nalanda University. Prof. Singh has been conferred with ‘Ambassador for Peace’ by the Universal Peace Federation, a global network of peace builder in 2022.

As a distinguished academician and administrator, Prof. Singh has played a key role as a member-designate on several distinguished national and international institutions. She has the distinction of serving as the Vice President of the Indian Council for Cultural Relations (ICCR), a premier national body with MEA that fosters and strengthens the cultural relations and mutual understanding between India and other countries. She currently serves on the board of the Advisory Council of the Association of Universities of Asia and the Pacific (AUAP); she is also the Advisor of Research and Innovation Committee of Asia-Pacific Universities; she has the distinction of serving as Visitors’ (President of India) Nominee on the Executive Board of more than 12 Central Universities apart from other Central Institutions including Indian Institute of Advanced Study, Shimla.

Prof. Singh has the distinction of being an institutional builder: as the first Indian woman President of Shastri Indo-Canadian Institute, a bi-national research institution (headquarters in New Delhi and Calgary with the MHRD and Foreign Affairs Canada) and as the former Vice Chancellor of The English and Foreign Languages University. Prof. Singh has played a dynamic role in both these institutions in creating innovative research clusters, reinvigorating the academic culture, streamlining the administration, and bringing about transparency and accountability into the system. These crucial interventions have helped in steering forward the institutions and enabling them in emerging as important institutions of higher learning in the Asian region. It is due to her sterling leadership that after a span 17 years, the Central University was accredited with an ‘A’ grade. It is also widely acknowledged that the institutions have emerged out of a critical period in their history largely due to her determined and indefatigable leadership. She also held the first convocation in the history of the University’s over 50 year’s journey. The then President, Shri Pranab Mukherjee, complemented her for her vision and dedication.

Prof. Sunaina Singh also as Chairperson organized the 4th, 5th and 6th Dharma-Dhamma International Conferences at NU. The Dharma-Dhamma traditions conform to the founding vision of Nalanda by bringing together the entire region of Asia on one platform of knowledge while promoting peace, harmony and human values.

As a distinguished academician and administrator, Prof Singh has been engaged in the tectonic task of restructuring and redesigning higher education pedagogical and governance systems. She plays a key role as a member-designate on several distinguished Boards, to name a few: Adviser, Research and Innovation Committee of Association of Universities of Asia and the Pacific (AUAP); Advisory Council on the board of AUAP; Member, Governing Body, Indian Institute of Advanced Study, Shimla; Member, Comprehensive Language Policy of India, GoI; Governing Council, Association of Indian Universities;; Bihar Audit Advisory Board; President, Shastri Indo-Canadian Institute (a bi-national Research Institution); Academic Advisor, National Cyber Safety and Security Standards; Member, Board of Trustee, India Foundation (a think tank); Board of Directors, Divi’s Laboratories Limited; Advisory Committee, Ministry of Social Justice & Empowerment, GoI; etc.

As a Professor of Literature and Culture (at Osmania University) few academics can match her scholarship, integrity, intellectual calibre and dedication to teaching, research, and governance. As a Visiting Professor at reputed Universities abroad, she has played a crucial role in drawing the attention of the West towards Indian culture and literature, its pedagogical systems and epistemological concerns.

Among several achievements, Prof. Sunaina Singh has the honour of presiding over the Hon’ble President of India’s Address on “Building a Happy Society” to 126 Central Institutions of the country through the e-platform National Knowledge Network in 2017.

She also stands out for unique distinction through her philanthropy to social causes. Inspired by her commitment to philanthropy, a group of citizens have established a foundation in her name in Hyderabad in 2015. The foundation is driven by her vision of building a better society through the education of economically challenged girl child. Acknowledging Prof. Singh’s leadership, the Honorary Consul of The United Republic of Tanzania has instituted a scholarship in her name at Nalanda University; the citation reads “It’s indeed a pleasure and honour to institute a scholarship in your name. Your dedication, commitment, and desire to build and develop Nalanda University is unparalleled and remarkable. It is so impressive and it is going to be a landmark institution of India built under your great leadership”.

Prof. Sunaina Singh has always believed in and has worked towards setting new benchmarks in both the personal and public spheres. What motivates her in her endeavor in life is the persona of her guru and father Prof. Satyanarain Singh, himself a value-driven scholar and a humanist with innate compassion. She touches many hearts and inspires many minds and she is widely known for her leadership and integrity.