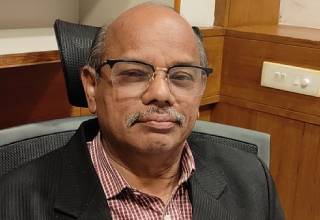 Dr.  Godabarisha Mishra is a Professor and Dean,  the School of Buddhist Studies, Philosophy and Comparative Religion. Formerly Chairperson of the School of Philosophy and Religious Studies as well as the Professor and Head, Department of Philosophy, University of Madras, he has also served as Member Secretary of the Indian Council of Philosophical Research, New Delhi from 2007 to 2011. Before joining Nalanda University, he was a visiting Professor at IIT-Bhubaneswar (2018-2021). He was also a visiting professor at Oxford Centre for Hindu Studies, Oxford , UK and at Mahatma Gandhi Institute, Mauritius.

Professor Mishra’s areas of specialization are Indian Philosophical systems, Buddhism, Advaita Vedanta, Consciousness Research, and Hermeneutics. Besides five books, he has published more than 70 research papers in national and international journals. He was awarded the Charles Wallace visiting Fellowship at Oxford University, UK, in 1995.