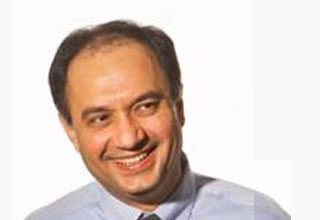 For the past 22 years, Dr. Langdana has been heading the globally ranked and highly regarded Executive M.B.A. program at Rutgers Business School. His areas of specialization include monetary and fiscal theory and international trade and global macroeconomic policy. His research deals with macroeconomic experimentation and the role of stabilization policy in an expectations-driven economy. He has published several articles as well as five books in this area. His most recent book, co-authored with Peter Murphy and published by Springer Press, is titled “International Trade and Global Macropolicy.”

Dr. Langdana is the recipient of the Horace dePodwin Research Award and more than 35 teaching awards, including the highest possible teaching award at Rutgers University — the Warren I. Susman Award. Dr. Langdana has been named in Business Week as one of the two Most Popular Business Professors at Rutgers University (BusinessWeek, Oct. 2nd, 2000). Additionally, he has received Rutgers Business School’s Paul Nadler Award for Excellence in Teaching and from 2011 to 2013, the Award for Excellence in teaching in the MBA Program was named the Farrokh Langdana Teaching Excellence Award. He has a classroom at Rutgers Business School named after him.

More recently, he was awarded the Dean’s Meritorious Teaching Award by Dean Lei, and the Rutgers MBA class of 2016 presented him with the Outstanding Professor Award for 2016. Professor Langdana is also the first RBS professor to have a classroom named in his honor at 1 Washington Park. The generous support of REMBA alumni and faculty to achieve the fundraising goal for the Professor Farrokh Langdana classroom is a testament to his undying dedication to the EMBA program and his students.